Being A Bestseller: Is That What It's About? 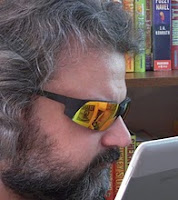 Let me tell you, there have just been a lot of great posts lately about the new world of publishing. Just the other day I included a link to J.A. Konrath's blog. Today, Joe hit another one out of the part, discussing bestsellers and the myth that has grown up around the lists.

In Konrath's post The Myth Of The Bestseller he discusses the viewpoint of both legacy publishing and indie publishing regarding the importance of bestsellers lists. Unfortunately the economic considerations and allure associated with one's book hitting a bestseller list is entrenched. When you see a book that says, #1 New York Times Bestseller, you attach greater importance or clout to that book (and often the author too).

While in legacy publishing this had an economic dimension since the lists work on the velocity of sales during a set period in most cases, the bigger more established publishers (especially those in NYC) have a greater interest in those titles that turn over the most sales as fast as possible. The perspective, you would think, would be different with indie publishers, but there is still a lot of thinking that puts greater value on a "bestselling" title. In that way, the indies look to their legacy counterparts.

But that isn't what indie publishing is about. The myths surrounding "the bestseller" often stand in the way of indie authors getting out more books and stories and slowing down to tweak sales and bury themselves in promotion just to reach some illusive and transitory benchmark. Becoming a bestseller is not the only way to rate yourself a success in this new world--if it ever was in the old one in the first place.

How do you rate success as an author? Honestly, for me and many other career writers, it is about making money from their work, even to the point of making a viable living with writing alone. That is a far better gauge of success than becoming a bestseller.

"Bestsellers have always been an anomaly. The real story is about the midlist, and how many writers can get paid. And right now, more writers are getting paid for their writing than at any other point in history. That's freaking amazing. And it's a much more important story than one about 11 authors who made the NYT List. Don't get me wrong. I'm thrilled for those 11 authors who made the NYT list. I'm also thrilled for my own success. But I'm especially thrilled for the thousands and thousands of authors who are making ends meet because they achieved their goals and self-pubbed their ebooks. Any writer who puts food on the table with their writing is successful. It doesn't matter if it is a box of mac and cheese, or caviar and champagne. Taking your career into your own hands, giving it your best shot, striving to do better... that's the American Dream, baby." 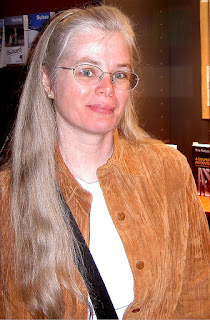 Just prior to reading Konrath's post, I went over to the Kris Rusch's site and read her weekly business blog,  The Business Rusch. She had a great article about bestsellers lists herself. Kris really goes into the details and talks a lot about the lists themselves and how they were established and what they're all about today.

The post, entitled Bestsellers Lists And Other Thoughts, is definitely worth the read as well if you want to get more information on the topic. Things have changed in the publishing industry regarding the status of the bestsellers list. The expectations are lower and the terms have changed. I found the post a fascinating overview. If you're a writer and/or an indie publisher, you ought to check both Konrath's article and Rusch's too.

I feel more motivated to focus on storytelling and selling those stories than in receiving accolades such as becoming a bestseller. Would it be cool if it happened? Maybe so. I'm not immune to the fantasy. However, I'm more interested in getting a message from readers who happen to like what I write. Even better, I sell the stories I write and make some sort of living in this business.  That's some perspective for you.
at January 20, 2012