Silence in the City is Live 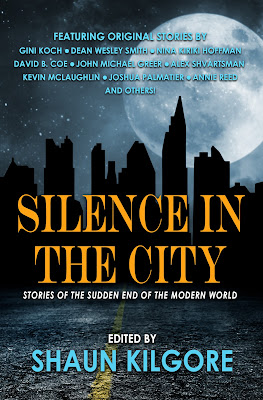 I'm happy to announce that Silence in the City: Stories of the Sudden End of the Modern World, my latest outing as an editor (and author) is now live and available for purchase from several retailers.

Sudden disruptions in power and other major services sends a city into chaos. In the blink of an eye, the modern technological world fails. Is it a government plot? Experiment gone wrong? A foreign cyber-attack? Alien invasion? A mystical incursion from beings beyond this dimension? Who knows? Now the noise and the bustle of the city has vanished, and an eerie silence settles over the urban landscape. Within, there are stories of human violence, depravity, and desperation, but also heroism, selflessness, and sacrifice. Silence in the City is an anthology of speculative tales asking what happens when a city—and all of modern civilization—is plunged into darkness.

You can buy your print or electronic copy from my publishing company store.

Or you can purchase from your preferred retailer.