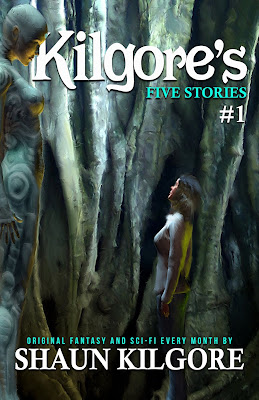 Well, it is a big understatement to say that a lot has changed in the world since I last posted something on this site. I mean we're in the middle of a global pandemic with an economic crisis thrown in. I don't have much to say about all of that right now. It's not that I haven't been thinking about all of the events and the ramifications of the events on our society here in the US and in those abroad. Believe me, I have.

The big picture aside, I have just been trying to stay afloat in the craziness of it all, financially and otherwise. In my post back in January, I mentioned a release of a second volume of my short fiction, Other Realms: Volume Two. Since then I've been at work behind the scenes at Founders House Publishing preparing books by other authors for publication.

I've also been contemplating a project that sounds fun on its surface though it would require a commitment to a regular production and publication schedule. What I've been toying with is producing monthly short fiction collections in a magazine form. As you can see, I've mocked up the cover of the first 'issue' of the concept Kilgore's Five Stories.

One of the caveats with this venture is that I will be spending time building up a reservoir of stories so I don't fall behind on having the requisite five short stories each month. I intend to put out both print and eBook versions of these volumes.

Besides this experiment, I still aim to produce more novels this year and finish books that have been languishing for a while. I mean I've got to do something to kill the time during the stay-at-home order, right?

Take care, everybody. I'll see you next time with a formal announcement about Kilgore's Five Stories #1's official release.