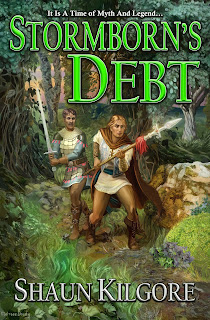 Well, it's been a good while since I added anything to this site. I've had a busy time this summer and a few setbacks as well. One of the biggest things that changed was that I left my main job to focus on the development and operation of Founders House Publishing. So I'm in this full time but I'm still looking for ways to make up for the pay reduction and other health issues that complicated matters after I left the job back in July.

Of course, a full-time publisher is only part of a larger project of being re-engaged with my own writing career and freelance writing of some kind. Maybe the move was premature and maybe some aspects of what I am doing might seem precarious, but I just got to a point where I felt it was either now or never. I had to trust that this whole publishing thing was going to pan out. I've been lucky in some respects at finding good writers to partner with who include themselves in the company's stable.

As I've been working to get back on track after a couple of  hospital stays last month, I'm trying to get a sense of how the last few months of 2019 will shape up and how this will all affect my efforts at remaining a full-time self-employed person, a business owner, and nascent entrepreneur. 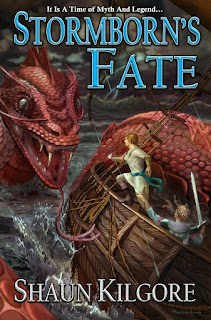 Since I released my children's book, Simon Greenpants and the Wild Chase, which was co-authored with my son, Matthew, I have also re-released and re-branded a growing series of novels about my sea-faring demigod, Brandin Stormborn, and his various exploits. The first novel, Stormborn's Debt, was originally released in 2015. Earlier this month, I released the second book, Stormborn's Fate.

The Legend of Stormborn series will be an ongoing, episodic affair. Each book is largely intended to stand on its own so don't have to get them all. (though I don't mind if you do, of course) So, check back for updates on all that.

I will also return to the world of Avalantia when Simon Greenpants goes on his next adventure. So, stay tuned for that as well.

In the publishing realm, I remain busy with new releases through the end of the year so visit www.foundershousepublishing.com to find out more.

I also set up a Patreon earlier this year to help with some of the costs of being a creative/publisher. That is still an ongoing project and I'm offering updates, discounts, and free eBooks to supporters there. You can visit my page here: https://www.patreon.com/shaunkilgore