A New Book Is Coming! 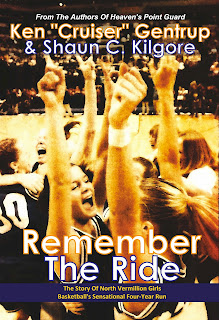 Well, I've done it again. I've gone and written another book. : ) It is a great feeling to take another step as an author.  That all said, here are the details:

In 2002, Gentrup led his girls in a race to the top, ending with the Class A State Championship crown and other titles to their credit. The team returned to defend their title in 2003. Along the way, the Lady Falcons broke records and took their school and the fans on an amazing fifty-game winning streak.
Remember The Ride is their story, the story of a group of talented young women who achieved big dreams by putting all of their ambition and skill to the test.
The Lady Falcons made history and drew together the people of their community and others and took them on one memorable journey.
Remember The Ride, written from Coach Gentrup's perspective, offers fans and newcomers alike a chance to glimpse the story anew and get some inside perspective into what it took to make high school girls basketball history.
at January 11, 2012