The Last Day Of The Year: A Writer Reflects 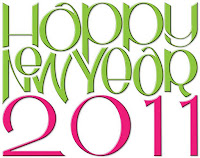 Several hours from now, we will all be ringing in a brand new year. 2011, freshly minted and ready to go, holds out plenty of promise and potential. It doesn't matter whether you're the type to make resolutions or not, a new year has this aura of change to it. It's a fresh start. For this writer, it is a golden opportunity to start being better at my chosen profession. I've spent some time honestly thinking about this lately. It has come up in a few posts too. (It's prompted me to make regular contributions to the blog.) The idea that I've been a working writer for as long as I have is a sobering one. Not everybody does this. Writing, for many people, remains a hobby, an occasional activity, but never a source of income.

Sitting here in the quiet of late night/early morning I grow much more introspective (and critical) about what I've accomplished in the nearly five years I've been working from home. I can identify several aspects of what I'm doing that could be improve. A new year with different expectations can often afford one with some incentives to try something new. Now, of course, it doesn't stop here. No, to be effective, you need to add a touch more self discipline, a little more perseverance, and a hefty dose of gurgling creativity. I would also suggest that having some form of fully articulated plan as a working writer may provide further benefits.

A whole new stream of potential goals just waits to be developed by a writer with the pluck and the passion to dive in. I do wonder if I have what it takes to strike out and make a strong impression in 2011 as a writer. The truth comes out in the trying. I know that for plain, unvarnished truth.

The biggest roadblocks I see to doing better as a creative writer in 2011 are those that cause me to over-think, over-analyze, and generally obsess about the sort of details that don't matter so much in the old grand scheme. Other obstacles may take the form of doubts and a continuation of the sort of confused, direction-less thinking that abhors deliberation and coherent planning and goal-setting. For me, the sense that there simply isn't enough time to do all the types of writing that I have the desire to do usually ends up flat-lining any progress or initial development that could have produced multiple writing projects of good quality.

Instead I find myself immobilized. This isn't a place for any writer. Our whole business is about the birth and sharing of ideas. When the words stop it means big trouble. This isn't run-of-the-mill writer's block (if such a thing, indeed, exists; opinions vary after all). This might be ample enough cause to declare a New Year's resolution on the matter. The only remedy is to be always thinking, always scheming up new ideas presented from new angles, and always, always writing along the way.

I think I've been sidetracked by lots of different issues for longer than I'd like to admit. It's hindered me in many ways. I can admit that I've done my best at times to sabotage my own progress as a thinking, growing writer. The promise of 2011 is that I don't have to keep doing that. Old thinking doesn't always win out and stay behind like a ghost haunting the dark corners of my mind. No, the chance to adapt and forge ahead in new directions for new reasons is available to me -- It's available to all of us my friends (and fellow writers). I hold in my mind a seed of optimism just now. I think if I let it take root that I'll get a good yield out of it. I look forward to what good might arrive during 2011. I hope you all join me. Good luck...and keep writing!
at December 31, 2010