When Getting Paid Is Hard To Do 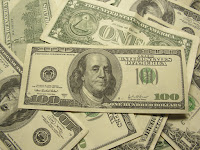 It's no secret that there are many writers who are struggling to get enough freelance gigs to pay the bills. We're not totally immune to the ebb and flow of the recession. Still, there are freelance writers that are making a killing out there, putting out all sorts of work on the web and off. Sometimes, you might see a reduction in the number of projects you bring in each month. Other times, the situation can be a little more complicated. There are different breeds of freelancers at work today. Put another way, there are different categories or levels of freelance writers making use of their skills with words.

Hanging With The A-List

Some freelancers are bringing in the big work. In a way, they are in a recession-proof position. This top-tier group of writers is comprised of the six-figure copywriters, the magazine writers, the pro bloggers, and those operating on the web who have leveraged their abilities to produce great content on a steady stream of repeat customers. If there are other dimensions to this level, then please feel free to give me more details. I readily admit there are dimensions to the top-tier that are beyond my knowledge. Still, all of you would acknowledge the big players.

The Great Mass of Hired-Pens

Then you have a second, larger layer of workaday freelancers who have enough good clients to stay afloat despite the lean times the recession has caused. Theses are the professionals that are hard at work adding to their lists, diversifying their income streams, but who are not making the sort of high incomes that characterize the top-tier members. There are far more of these types of freelancers out there today. The ranks of this group may be swelling and stirring up the atmosphere of competition that will start burning through the ranks. It can be a cutthroat sort of place to be.

New Kids On The Block

Then there is a third level of freelancers. These are the novices. They are the people who have just joined the ranks of freelancer writers. They have not had the chance to build up client lists and establish their strategies as writers. The successful beginners will work hard to make it to the second level. A few of them may even become an A-lister, but many in this category simply don't make it at all as a freelance writer. They may give up too soon or realize that doing this kind of writing is not what they want to do with their time.

If they happen to get past such initial obstacles, they will enter a time of testing and refining, where they are either forged and affirmed as able hired-pens or they move on to some other form of employment.

So Where Are You?

Here's the relevant question. You may be saying that even an A-list can find themselves in a situation where the money dries up and they're left without a project. Sure, that's true. Even those in the second category may end up in a jam. (I'm in one of those jams right now. The work is slow at the moment, but I'm hoping to turn it around.) Like most of you, I would like to make a steadier income as a freelancer. I know there are opportunities out there waiting for all of you. It may be harder than you think to find those gigs. Then again, you could get luck. I'm not here offering bullet-points of advice today. Instead, I'm here just saying that I know what you're going through. I'm here with you. I'm want to graduate to the A-list as much as you do, but right now, I'm a mere hired-pen. There's nothing wrong with being a hired-pen. That's not it at all. We hired-pens make things run in the world of content creation.

At the same time, we know that this level is overcrowded sometimes, especially when new kids make the transition. I just want to make a little room for them to make some progress too. If you're a hired-pen like me, then you know what mean. You're also more than ready to find a break and get top-tier gigs. If yes, then I wish you luck, my friends. It will be a challenge for some of you.

This was about as close to a rant about the state of affairs in the world of freelance writers as I've come so far on this blog. It is a means of venting about what can be a stressful part of the lifestyle. Most of you who've been writing for a while know that freelancing isn't all fun with flexible schedules and sitting around working in your underwear since you've escaped the 9 to 5 world. It is still a hard line of work to be successful in. Distractions and despair play big roles in how you perceive your own progress. I know this well. Be patient and remain persistent. Get out there and experiment with different gigs and stay confident. Build yourself as a brand and back it up with honed skills. Good luck. Let me know if there is anything you would like to read about the writing life and I'll get up something for you.
at March 21, 2010