A Writing Challenge: A Story A Day In February 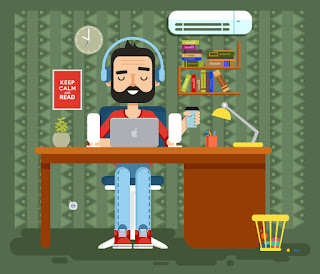 I think that from the moment I discovered the writings of author Dean Wesley Smith, I've been inspired by his approach to writing fiction. Mostly, this is because I feel his way is also my way. Smith is a prolific writer, with multiple hundreds of short stories and over 200 hundred novels written and published over his forty-some year career. He applies a work ethic to his writing and just does the writing—completely into the dark, with no outlines and no plans. Hardly any ideas at all when he sits down to type. But it has carried him through his career. His approach is not unique among writers either.

Through Smith, I learned a lot about writing and publishing. I also learned about the history of genre fiction, including the writers who filled those monthly, weekly, and bi-weekly all-fiction magazines known as the pulps from 1900 through about the early to mid-1950s. Those writers wrote short stories daily and could writer novelettes, novels, and short novels every week to order. They had a work ethic and made good money doing it back in those days.

Fast forward a century later, there are modern-day counterparts to those pulp writers writing today. I count Smith as one of them. I've always wanted to count myself among them. With that in mind, I'm giving myself a little test. It's a writing challenge. An exercise in building my stamina as a creative writer. Besides, I need to stock up on stories for my monthly magazine, Kilgore's Five Stories somehow, don't I?

As the title of this blog implies, the aim is to write a story a day for the entire month of February. Yes, on the surface it does sound a bit crazy, but maybe it's not so crazy once you get beyond the myths and illusions that grown up around the profession of fiction writing. I mean, Smith himself is doing the same kind of challenge on a much grander scale. He's trying to do a story a day for the entire year.

So, here I am making this challenge more official.