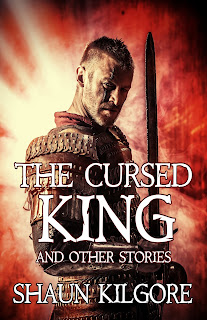 Since I haven't been very active lately as a writer this page hasn't gotten much attention lately. I'm aiming to change that situation but I am doing that in a larger context of my work as both publisher and editor. Writing is still there nipping at my heels so I've taken some small steps at getting back to in a substantive way.

Mostly that means that I've just started working on short stories again, very slowly mind you, but I am doing something again. Hopefully the pace and scope of this will change as I ramp back up over the coming weeks.

This post serves as an update to those who happen to follow my progress creatively and otherwise. With that in mind, I'd like to announce that I have a new book out. In fact it's a little bit of new and old. A few years back I e-published a novella called The Cursed King about a Conan-inspired character I called Fendreg of Senagra. He started out in a pair of short stories first (which also appear in e-single forms) and graduated to novella length. A second longish short story and a shorter than average one followed bringing the total Fendreg stories to five. 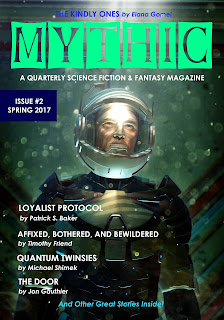 With all of that, I decided I wanted the work in print and combined them into a single volume, showcasing the novella. It's called The Cursed King and Other Stories and it is now in print. There will be ebook editions to follow but the trade paperback can be purchased on my publisher website. So, please check it out.

I'd also like to let you know that the sci-fi and fantasy magazine I edit, MYTHIC, has recently released its second issue. It is currently a print-only publication, available through most online retailers and can be purchased directly from the website. As with the previous issue, this one also includes a story by yours truly. (One of the boons of having your own magazine is that you can elect to do such crazy things as being a contributing author too.)

So the work continues...