Challenge Story #1: The Swordsman Of Calabray

Below, you will find the first story I put together for the challenge. I wanted to update everybody on the plan for subsequent stories. Every new story will be posted here for a week totally free. Following that it will be available as an excerpt only. If you want to read the whole story you can purchase it on Kindle, Smashwords, and the Nook. 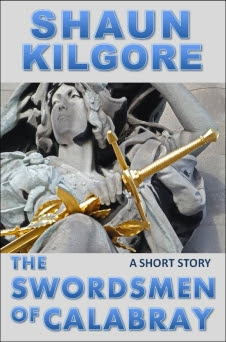 TO READ MORE, BUY A COPY FOR YOUR PREFERRED E-READER TODAY
at January 01, 2012