Update: Getting Ready For The Second Book and Still Working On Freelance 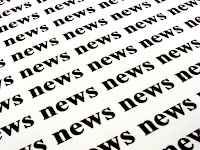 Hello everyone. For those who have been following my blog, I want to say thanks for tuning in so to speak. While I've not be as consistent as I would like with updating this blog about my writing life, I hope I will stick around as things continue to develop. When I started this page, I wanted it to be a catch-all for those who want to learn some things about writing that I've been learning and those who were interested in my writing services. I think I've managed that at least. Of course, I want more from this page. I hope I can accomplish more with it in the future.


The Big News
At the moment, at least, I do have some good news. I am preparing to send the second book produced by Founders House Publishing. Heaven's Point Guard is the collaborative effort between Ken "Cruiser" Gentrup and myself, that tells the story of his son Kirk Gentrup. This month I will be busy preparing and promoting the release of this book. I've said elsewhere that I will let everyone know the final release date as soon as I know that we'll have the supplies of books on hand to sell. This is has been a logistical challenge in itself.

There still so much that I understand in theory that I haven't been able to accomplish in practice with the fledgling company that my wife Amanda and I formed nearly a year ago. It's been a very small build up. (Like I said, it is the second book we've gotten in line for publication for this first year of operations.) I hope that 2011 will afford us more opportunity to find and publish great books.

I've also been at work in freelancing, steadily producing articles for various clients. I'm still interested in expanding this business to include more options but that is its own challenge in this economy. We will see how things go in the coming weeks and months.
at October 04, 2010