Update: Freelance Developments, Preparing A Book Release, And Thinking About The Future 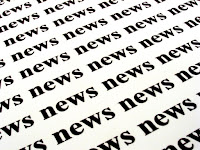 It's been a few weeks folks. At this point, I thought it would be appropriate to post an update just to let everyone know that I'm still alive and kicking - career wise, that is. In the intervening time, I've been searching for new freelance opportunities while prepping a book for publication. These processes are anything but simple and I'm not finished yet. While I have had the good fortune to find another writer to work with who has helped turn the "freelance faucet" back on. Now, while it's more than a trickle, I still have far to go. Optimism and perseverance are the keys here - as they are with pursuing anything in life worth having. (A kick in the pants for myself and my fellow writers. Don't give up!)

The freelance I've secured is made up of marketing articles. I'm working as an assistant of sorts. This is fine with me because it makes it easier to focus on the work rather than the tedious process of finding the projects and bidding on them myself - all with no guarantee of acceptance. With my new arrangement, I have someone else doing that bit while I concentrate on writing. I prefer this. Now, you may be wondering how this is any different from the last working arrangement I had - you know the one faded away.

What makes it different is that I've also secured some per-article gigs with two different websites, both compliments of writing connections. Thankfully, I'm getting a much better rate from these occasional articles. I think the point is that I'm doing my best to diversify.  I've written about the diversification of freelance gigs in the past (and I've certainly read about it too). It is a matter of common sense - I would hasten to add that it is also a necessity in the current economic climate.

Otherwise, I'm trying not to get too bent out of shape over the fluctuations in the business. Naturally, I would rather write and make a better living at it. That's what any professional writer wants. Again, the trick that will make this work better is to tackle it head on by diversifying work by seeking out a roster of repeat clients. It is a highly unoriginal concept, I know, but there it is. I still think it will work if I focus on it and start networking more aggressively. (At some point this becomes me broadcasting my own internal pep talk. I'm sure I'm not alone in this.) I have a general strategy. Now, I have to put it into action.

Preparing A Book For The Press

The process of developing a book has its share of challenges and reassessments too. If you add to this the fact that I've been serving as as co-author, you might have a hint about the time I've been having. I've not said much about the book I've written with Ken "Cruiser" Gentrup, but the time has come to talk a little more and spread the word about this exciting book that I plan to publish via Founders House Publishing. For some of my readers, this name is unfamiliar, as is Kirk Gentrup.At the same time, I know a great many people who are intimately connected to these two people, and the story that surrounds the tragic death of Kirk. This really is the whole point of the book I've been involved with since March of this year.

Now, I'm going to talk a little bit about Heaven's Point Guard: The Kirk Gentrup Story. This is the first time I have mentioned the name of this upcoming book. In the coming weeks, that will be changing as my company ramps up promotion and generally getting the word out about this book.

Briefly, Heaven's Point Guard is Ken Gentrup's account of his son Kirk's life as a promising basketball talent - and all around phenomenal athlete - who was fatally struck by lightning during a high school baseball game in 1995. Through a blend of thoughts, recollections, newspaper clippings, and other messages, the life and death of Kirk Gentrup - including the aftermath of this small town tragedy - is related in a deeply personal style.

For my part, I had the sincere privilege of creating this book from Ken's extensive notes and other materials. I hope to continue the journey by joining with Ken to share this story with friends and strangers alike. I will be updating you with the latest developments including the release date and I will post the cover as soon as I can.

Even as I've been developing my freelance writing and publishing interests in the present, I've had my mind on future too. I mean, I really interested in starting a new book as soon as I can. I know that I will be promoting Heaven's Point extensively in the coming months, but now that I've set out on bookmaking projects, I think the idea of writing something new is exciting. This will be tempered with the next book that I choose to publish via Founders House also.

The future of my own freelancing is not so clear, but as I said, I'm working on that right now. I'm always looking.

The future has a lot of question marks for me. Doesn't it for everybody? I look forward to sharing it with all of you. I hope that I can provide you with better content and more reasons to tune in. That being said, I will say goodbye for now. I look forward to hearing from you. Leave a comment or send me a message to say hi.
at August 23, 2010